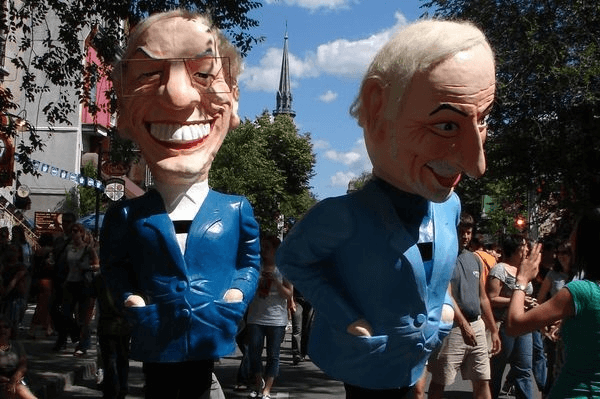 The first International Women’s Grad-Prix made history. The champion is Pia Cramling of Sweden, one of 14 female grandmasters, and the third rated women player in the world. 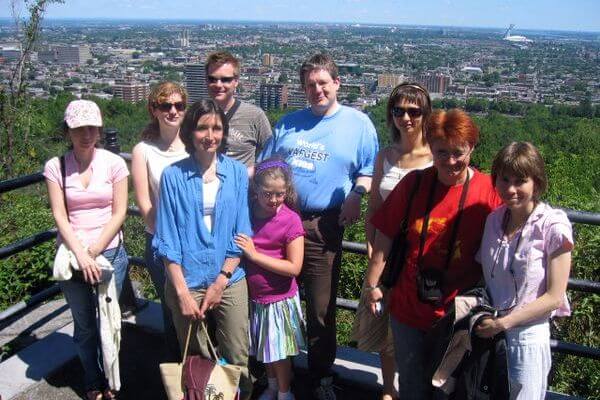 Over 50 % of on-line spectators come from North America. 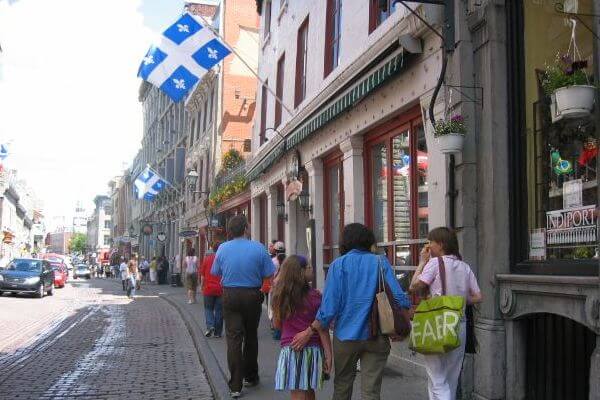 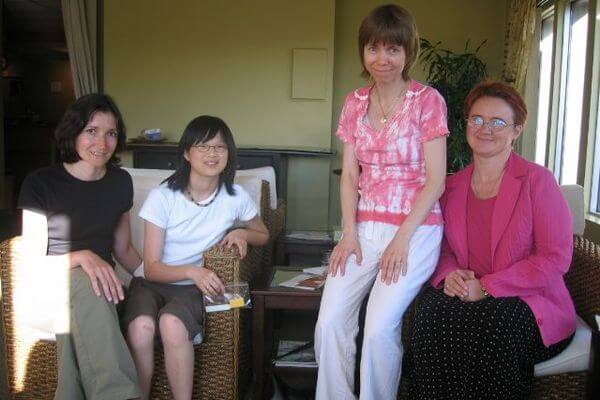 7 participants were qualified by the top rating performances. One participant was selected by the Finale’s federation, who was in this case the Quebec Chess Federation. If the players participated at more than one tournament, only the best performance counted. Maximum 4 players could qualify from the same event.

8-player Round Robin system was played in accordance with the FIDE Laws of Chess. Time control was 40 moves in 90 minutes plus 30 minutes for the rest of the game with an increment of 30 seconds per move, starting from move one. No draws in the first 30 moves were allowed. The finale prize fund was $15,000 USD in addition to the Galazzo diamond watch for the Champion. 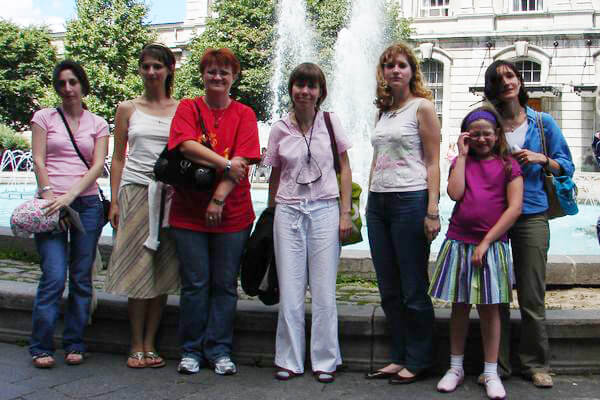 The women chess players handled media presence well, presented professional image and fair play at all times. They also appreciated the Grand-Prix which recognizes women in chess. The Finale was a real drama, it was not clear until the last hours of the last round who would be the champion.

MonRoi International Women’s Grand-Prix Program is very important and I am honored to be the Champion. living legend, GM Pia Cramling of Sweden. 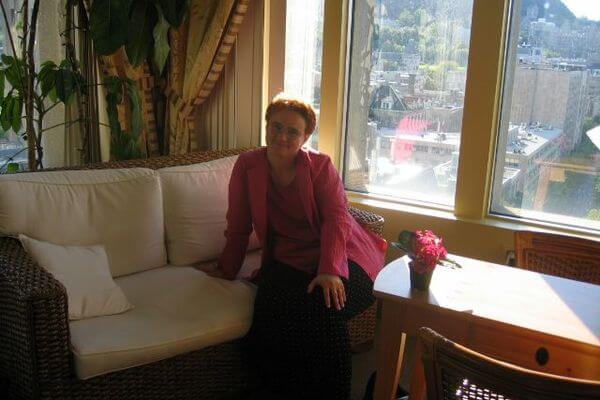 The Finale is extremely well organized because it is organized by women for women.
WGM Iweta Rajlich of Poland.

Thank you for providing me with the opportunity to play some of the top world chess players. 12-year old Myriam Roy of Canada

Montreal featured the Just For Laughs Festival, July 8-29. The world's largest comedy event includes gala performances, theater and club shows. The festival celebrated its 25th anniversary this year and provided substantial media support to the Montreal ’s Chess Festival. On the 21st the finalists had a tourist guide showing them one of a kind world metropolis. The finalists received relaxation massages and hand beauty treatments at the Spa-Eastman on Saturday, July 21st. For the third year in a row, Spa Eastman is listed in 100 Best Spas in the World authored by Bernard Burt and Pamela Joy Price.

On Saturday, July 28th at 10pm Grand-Prix Finalists attended the closing ceremony of the Montreal International Fireworks Competition at La Ronde. Courtesy of Loto- Quebec . During the most prestigious event of its kind, pyrotechnicians display their daring talent. L'International des Feux Loto-Quebec was founded in 1985 at La Ronde, Quebec 's largest amusement park, which was created for Expo '67. Montreal 's nightlife offers something for everyone. Every night the city is an adventure waiting to happen. 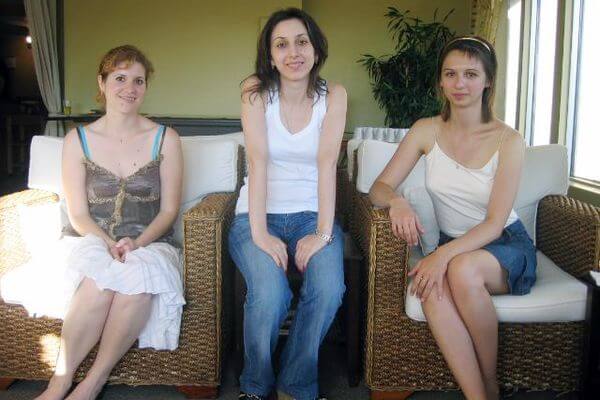 GM Zhu Chen of Qatar qualified but was not available to play in July in Montreal.

“I fully support Brana and MonRoi on the initiative of the Women's Grand Prix. I have worked hard for years to try to bring more recognition for women chess players worldwide and I am very happy to see strong backing by a prestigious company like MonRoi. The Women’s Grand Prix is truly a historic event!” Susan Polgar, December 24 2006

“The Association of Chess Professionals is extremely glad to welcome the MonRoi International Women's Grand Prix on the chess scene! Women's chess has been lacking tournaments for many years now. MonRoi brings all elements necessary for its revival. There's no question that the ACP will do anything possible to support this event.” December 15th 2006, The ACP Board

“The agreement between ECU and MonRoi is an important step for marketing of chess. ECU has supported woman chess for many years (first time woman competed on four boards at the ECU Club Cup). We are working on multiple initiatives which further chess development, its image and status.” Boris Kutin, President ECU, December 20 2006

“I am very pleased to know that, due to the initiative of MonRoi, an international Grand Prix is happening. This will aid the development of chess considerable. Recording games on a scoresheet and then transferring the information by hand to a computer is nothing more than Neandertec. ” Stewart Reuben, December 2006

THERE ARE ONLY 14 female GRANDMASTERS IN THE WORLD
Reference: Susan Polgar Chess Blog, July 2007

Grandmaster title is a top achievement in chess. There are over 1000 male grandmasters.

The ASEAN Chess Confederation and its deputy president Ignatius Leong (Singapore Chess Federation) is organizing a new $25,000 Grand Prix of open tournaments starting with the Philippines international tournament in November of 2007. Players must participate and complete at least 3 or 50% minus one of the total number of tournaments. For each qualifying tournament, Grand Prix points are awarded only to ASEAN players. There will be two qualifiers in Philippines (in November and in February), Singapore (in December), Indonesia (in January). More tournaments to be confirmed.

Global Chess BV is financed (4.5 million - 10 million Euros in seed capital) and privately owned company by Kirsan Ilymzhinov of Russian Federation . Chairman is Bessel Kok and CEO Geoffrey Borg of Malta. As per Bessel Kok, who lives in Eastern Europe , Global Chess BV will be focused primarily on marketing of the World Championships and will receive such a mandate from FIDE, World Chess Federation headed by Ilymzhinov. Bessel Kok announced plans to introduce the Grand-Prix series into the world championship program.

International Chess Management Inc. is currently preparing for the launch of a new international chess league which they claim will reinforce the viability of chess as an attractive international sport. The company is managed by Grandmaster Maxim Dlugy, former USCF President, who manages Diversified Property Fund, an investment fund with holdings throughout the world. Robert Hamilton of Canada , former WCN CEO is assisting with the chess league launch. WCN was recently acquired by ICC (Internet Chess Club), an on-line chess company.

The 1st ACP Women Series is starting together with the 4th ACP Tour on July 1st 2007. Female members of the ACP will be able to gather points at tournaments chosen by the ACP Board. At the end of the season, the best players will take part in a Final Event organized by the ACP.