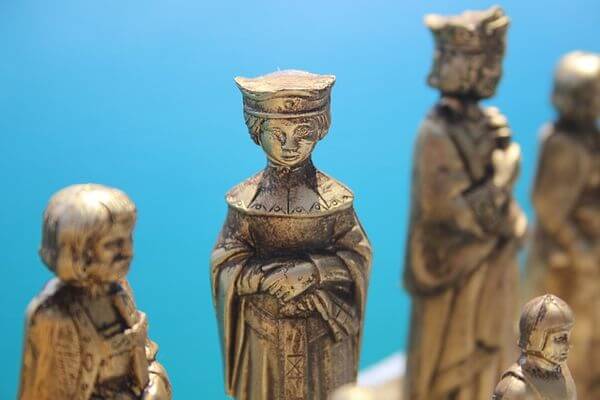 After chess was brought to Europe from Asia, the chess queen replaced vizier throughout Europe. The first records of the chess queen date to the 10th century. It was first allowed to advance only one diagonal square at a time. The growing market for the chess game was among European nobility. By the end of the 15th century, the queen became the most powerful piece on the board. It could move in any direction, one space at a time or across the entire board.

The Book of Chess by Jacobus de Cessolis (an Italian author), became a medieval bestseller, and was translated in all major languages. Cessolis described chess pieces with human virtues. King was described as firm, intelligent, incorruptible and wise. Knights were to be brave, compassionate and generous. Rooks were expected to demonstrate patience, humility and voluntary poverty. This book influenced the transformation of chess from a royal game to a widely popular one.

Marilyn Yalom in her book Birth of the Chess Queen argues that the chess queen was influenced by the Spanish female ruler Isabella of Castile (1451-1504), strengthened in England by Elizabeth I (1533-1603), and fostered in Russia by Catherine II the Great (reigned from 1762 to 1796). The transformation from the male figure of the vizier to the queen in Russia took place six hundred years after the chess queen had appeared in Germany, Italy, Spain, France, England and Scandinavia. In Russia, the bishop was represented by an elephant, and the rook by a boat. The king was called tsar, and instead of the queen, “ferz” (Arabic vizier) was used, which remained masculine well into the 18th century.

In the nineteenth century, chess clubs opened in the United States and Europe. Modern chess game became widespread, especially with youth. Today, as a result of pawn promotion, it is possible to have multiple queens on the board at the same time. 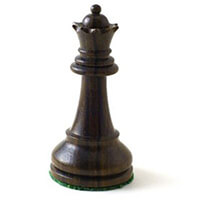 The Modern Chess Queen is Abstract

The Birth of the Chess Queen, Marilyn Yalom. Marilyn Yalom is a senior scholar at the Institute for Women and Gender at Stanford University.