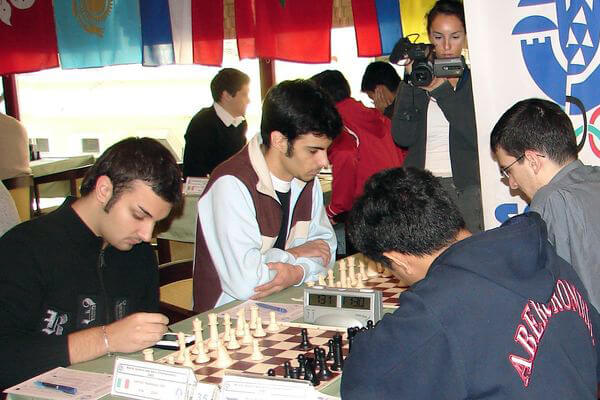 Istanbul, Turkey
Ms. Brana Giancristofaro, president of MonRoi Systems, would like to congratulate the Turkish Chess Federation (under the aegis of FIDE), the Istanbul Metropolitan Municipality, and organizer Ali Nihat Yazici, on the successful organization of the 2005 World Juniors and Girls Championships, which took place in Istanbul, Turkey, from November 9th to November 22nd 2005. This exciting

MonRoi would also like to congratulate Junior World Champion GM Shakhriyar Mamedyarov of Azerbaijan , Girl's World Champion IM Elisabeth Paehtz of Germany , as well as all the players who participated in the 2005 World Juniors and Girls Championships.

During the tournament, the participants had the opportunity to record their moves in electronic format using the innovative and FIDE-certified Personal Chess Manager. The moves were then transmitted to the Professional Tournament Manager, a hub specifically designated to chess tournaments. Families, coaches and friends were also able to follow the games live through MonRoi's World Databank of Chess.

"The MonRoi system has proven to be reliable. It is easy to set up and use both by players and arbiters. The MonRoi system is a natural evolution in chess notation, real-time tournament management and live broadcasting. It is foreseeable that in the near future all tournaments will be recorded using the MonRoi devices, and arbiters need to be trained on it", said International Arbiter Sava Kizova.