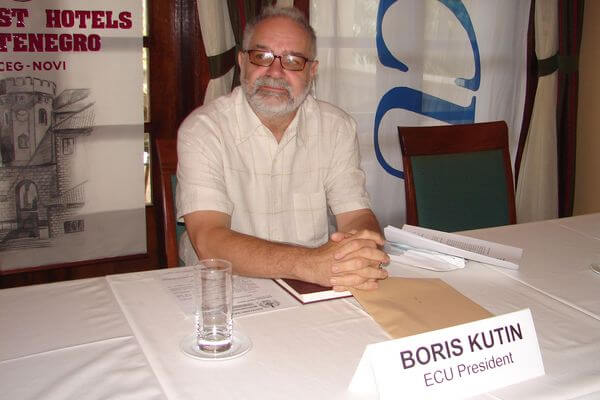 For the benefit of European chess federations, tournament organizers and chess players, the European Chess Union and MonRoi signed a 4-year Agreement to implement the MonRoi system in Europe.

The MonRoi presentation to the ECU Board members was received with a great interest. Gerry Walsh, ECU Deputy President and President of English Chess Federation, as well as Ali Nihat Yazici, ECU Board Member and President of Turkish Chess Federation, spoke about the MonRoi system implementations in the 81st Chess Congress in Hastings, England and the World Championships U20 in Istanbul, Turkey. Werner Stubenvoll from Austria and Dirk De Ridder from Belgium asked technical questions that helped to clarify the system’s functionality in greater detail to the ECU Board members. Werner and Dirk run FIDE Technical Commission and they provided key inputs into MonRoi system development from specification definition, FIDE Certification tournament, to final products. Damir Levacic and Goran Antunac from Croatia have ideas how the MonRoi system can help in training as well as chess in school programs.

Boris Kutin, ECU President from Slovenia stated: "We are delighted to team up with MonRoi to bring the high quality live Internet broadcast system to all our members. This is a very important step for us. MonRoi Personal Chess Managers can be used in any tournament instead of paper score sheets. We recommend the MonRoi system to our members."

Horst Metzing, ECU Secretary General from Germany continued: "ECU and MonRoi collaboration is a significant step in chess development in Europe. Personal Chess Manager devices are attracting the attention of both chess enthusiasts and the media at tournaments."

On behalf of MonRoi, its CEO announces: "We are very excited to collaborate with ECU, whose professionalism and enthusiasm towards chess values benefit all chess fans. We expect that the benefits of this new technology will supersede any previously available tool in attracting and retaining chess talents throughout Europe. We believe that corporate sponsorships will increase when we offer sponsors the opportunity to place their logos on each hand-held device, as well as advertising space on the World Databank of Chess webpage."