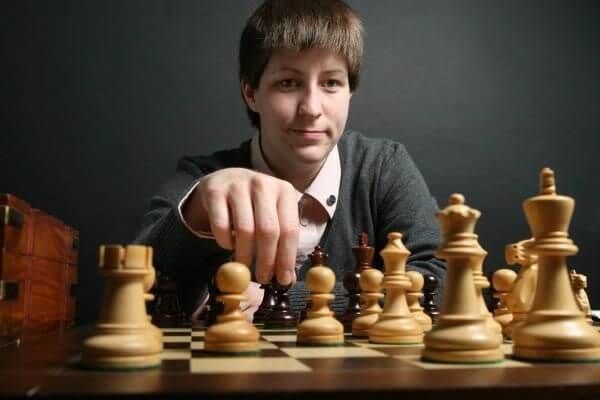 Ever had the misfortune of getting about fifteen moves into a serious chess tournament game, only to discover you’ve made a ridiculous mistake on your paper scoresheet, and have to consult your opponent’s? Then, after looking at it, you find you’re unable to decipher his or her distinct scrawl? Perhaps, your own penmanship leaves something to be desired. Maybe you get so engrossed in your games that you forget to notate 3 or 4 consecutive moves somewhere in the middle, or simply write the wrong move when under stress due to time pressure, nerves, etc. If so, you’re certainly not alone.

Speaking from personal experience, I think I can safely say we’ve all been there, in one way or another, when it comes to dubious scorekeeping. Fortunately, however, there is a solution to many of these chess scoring woes, and it is also a great timesaver when it comes to preserving one’s games on the computer for later analysis and training purposes—it is the MonRoi Personal Chess Manager.

As an avid tournament player since 2002, the highest rated female blind competitor in the United States since 2003, and a member of the nation’s Top 100 Women’s list for Blitz since 2005, I have had countless experiences with keeping score, and with entering games onto a personal computer.

Despite some work experience as a PC technician throughout my college career, the process of preserving multiple games electronically used to take me hours, simply because all of my game scores were handwritten, and so, had to be typed in from scratch. (If you’ve ever done this yourself, you know what a labor of love it can be. You also know that it’s often difficult, if not impossible, to reconstruct a game once a serious enough error in notation has occurred.)

Nowadays, however, thanks to MonRoi, it takes me less than just a few minutes to save all the games I played at a recent event to my hard drive, with no more errors in scorekeeping, making it virtually hassle-free to maintain a database of games played, and thereby effectively track my slow, but determined, progress through B Class. In addition to saving me time and energy, my good friend “Roy” (a name I affectionately dubbed my MonRoi) has enabled me to level the playing field in various ways since I began using it in December 2006.

Ironically, I am severely visually impaired, and have, of all things, a mental processing disorder, but I don’t let these limitations stop me from demolishing as many opponents as possible. Nor do I restrict myself to playing only in the Blind Division, in which I have twice placed 2nd in the United States, and for which I am permanently eligible. Instead, I play with confidence, primarily going head-to-head with fully sighted opponents in the regular, adult division, in hopes of someday achieving a master title, like every other competitor out there who dares to chase ‘The Dream’.

The best thing about MonRoi, at least for me, is finally being able to see the entire chessboard during a long tournament game, without having to play the often-embarrassing move, ‘Ne5’ (In this case, “nose to e5”). This particular move, although perfectly legal, (see Part 35F of the Official Rules of Chess, 5th ed.) tends to get strange reactions from players, not to mention it carries with it a certain shock-value, as the opponent squirms uncomfortably in their seat at the mere sight of this move. (At least now, I can let them have their space, and look closely at my MonRoi screen instead.)

Likewise, I am happy to report that using MonRoi also offsets the effects of my processing disorder as well, which frequently manifests itself by making me believe an exchange to be sound, when it, in fact, drops a piece! With that said, I would like to take the opportunity to wish you all Happy Hunting of all those kings!