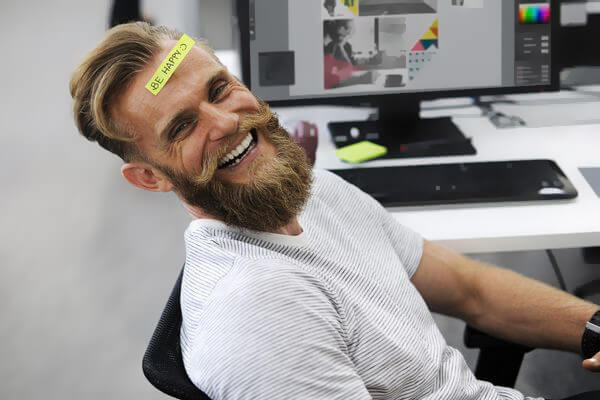 A passed pawn comes home from work one day driving a fancy new car. His wife is astonished and says "Honey, I don't think we can afford this nice new car on your salary." The passed pawn says "Relax, I'm about to get promoted!"

In a park people come across a man playing chess against a dog. They are astonished and say: "What a clever dog!" But the man protests: "No, no, he isn't that clever. I'm leading 3-1!"

“I'm looking for Patrick, do you know where I might find him?”
“He's in the dark room...”
“What is Patrick doing in there?!
“He's playing blindfold chess of course!”

"So I was having dinner with a chess grandmaster - Problem was, we had a checkered tablecloth and it took him two hours to pass the salt!"

A group of chess enthusiasts had checked into a hotel, and were standing in the lobby discussing their recent tournament victories. After about an hour, the manager came out of the office and asked them to disperse. "But why?" they asked, as they moved off. "Because," he said, "I can't stand chess nuts boasting in an open foyer."

A chess master died at his chessboard - and after a few days, a good friend of his heard a voice; it was him! "What's it like, where you are now," he asked. "What do you want to hear first, the good news or the bad news?" "Tell me the good news first." "Well, it's really heaven here. There are chess tournaments with incredible classical, rapids and blitz sessions going on all the time 24/7 with Lasker, Capablanca, Alekhine, Euwe, Botvinnik, Tal they're all here, and you can play any one of them at anytime." "Fantastic!" the friend said, "so what is the bad news?" "You have Black against Capablanca on Saturday."

TOP TEN Moments when you should sense danger in chess:10. There has been a change in the pawn structure. Your opponent has eight and you don’t have any.
9. Your opponent begins to throw pawns at your eyes.
8. You have a position won, but your opponent has a gun.
7. The Director tells you not to bother turning in your score sheet after the game.
6. Before the game begins you notice your opponent’s first initials are GM.
5. After completing your development you sense your opponent is playing the endgame.
4. Just as you make your opening move your opponent announces mate in 11.
3. You don’t control any squares at all.
2. Your draw offer sends all the people watching your game into uncontrollable laughter.
1. Your opponent has three bishops.

Two chess players are playing a correspondence game. White lives at the South Pole. Black lives at the North Pole. The postal service is rather slow and play proceeds at the rate of one move per year. After 15 years of play, white makes a daring queen sacrifice, the consequences of which are by no means clear. A year later, as he sees the postman returning, he is very excited. He thinks "Will black take my queen ?", "Is the sacrifice sound ?". He tears open the reply and sees "Jadoube".