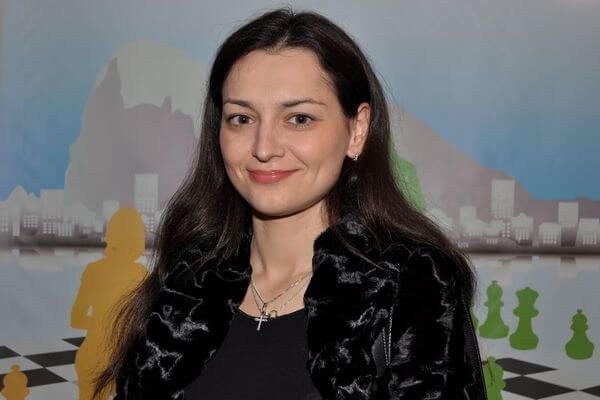 Kosteniuk became the first Russian to win the title in almost 45 years after Elisabeth Bykova held it from 1958 to 1962. Alexandra is a chess Grandmaster with a FIDE rating of 2510, presently ranked tenth in the women chess world, according to FIDE’s July rating list.

In the press conference, Kosteniuk dedicated this victory to her daughter and husband. "My daughter hasn't seen her mother for almost a month and a half. I am hoping to catch up soon." - she added.

Alexandra Kosteniuk was born in Perm, Volga Federal District. She learned to play chess at the age of five after being taught by her father. She has a younger sister named Oxana, who is a master level chess player. Alexandra graduated from the Russian State Academy of Physical Education in July of 2003. During the 2004 FIDE Congress in Calvia she was awarded the title of Grandmaster, and became 10th woman in the history of chess to receive this title. 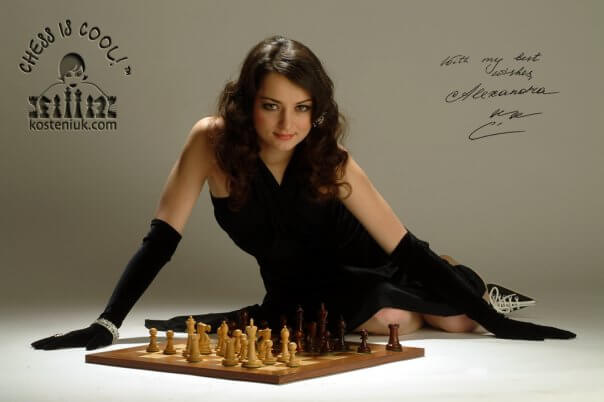 Alaxandra has been promoting chess in the capacity of a fashion model and ambassador of chess in order to spark interest in the game around the world. Apart from chess, she is involved with writing poetry, books and articles. She loves to do fashion modeling and has played a part in a movie, which she considers the most fun thing she has ever done in her life. Kosteniuk's mottos have been "chess is cool" and "beauty and intelligence can go together". She is the host of a podcast "Chess is Cool" which informs listeners about Alexandra's life and current chess events. 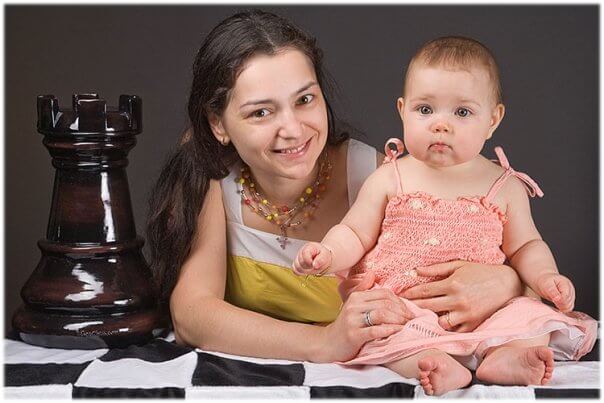 GM Pia Cramling of Sweden, the winner of 2007 MonRoi International Women’s Chess Grand-Prix reached 2008 Women's World Championship semi-finals. Over 17 % of women who qualified for the women’s world championship, held in the Russian city of Nalchik in the Caucasus, did not participate at the tournament mostly due to security considerations published by their country Foreign Affairs (including IM Marie Sebag of France- number 7 as per FIDE’s July rating list,former world chess champion GM Maya Chiburdanidze of Georgia, WIM Natalia Khoudgarian of Canada and two of MonRoi International Women’s Chess Grand Prix finalists IM Irina Krush of USA and IM Lela Javakhishvili of Georgia & 7 other players). FIDE disqualified them from competing for the 2008 Women's World Chess Championship title.

In the deep dark of night, a candle was crying.
She shone through the dusk, while ardently trying
With tears and with work, to bring back the brightness of day.
She was melting, but time never goes in the opposite way.
It was not her fate to see morning light.
It was not her fate to make day out of night.
Yet still, she warmed the darkness with her passionate gleam,
While burning down, she held the faith in a beautiful dream.