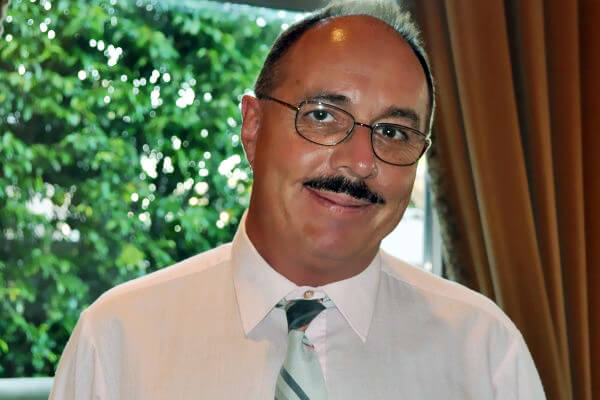 How do you feel?
I feel exhausted, but exceedingly happy.

What does the Canadian Zonal 2006 tournament mean to you?

It meant the crown of the new Canadian Champion and once again handing off the torch to a younger individual and in this particular tournament a junior who I watched grow up in Toronto since the beginning of his chess career. Igor is a peer of my son. It was particularly happy for me to see how his father Ranko showed up with camera in hand. You could not wipe the smile off his face. In addition we crowned two new FMs Shiyam Thavandiran and Jonathan Tayar, who once again I saw when they took their first chess lessons in Toronto. And of course, Vicente Lee Jr is Canada ’s newest IM. We are thrilled to see his success taking back his title to Alberta. It was a successful completion of one of the eight zonal tournaments which takes place in the world. Every round started on time and every round was incident free. There was no need to call the appeals committee.I am thrilled that this is the first Canadian Closed Zonal Championship that had every single game broadcast live thanks to the development of the MonRoi technology and thanks to the MonRoi team which assisted us this year. Specifically we are so impressed with the customer support Zeljka, who worked tirelessly and cheerfully to assist not only us but parents and players throughout the entire event. As a result of using this new system we saved hundreds of hours in man hours inputting PGN games. We had complete PGNs of all rounds at the end of the tournament, unlike some events which are still scrambling to get games published. We were able to reduce our staff size through the addition of MonRoi to the team. Because of the live coverage we felt it particularly important to put the first class performance both with the live broadcast and photos which were taken daily at the event, not only by the MonRoi staff but the tournament committee. This is the event that has more pictorial coverage than any other chess tournament in history with over 1000 picture and nearly 300 PGNs posted on MonRoi and Chessontario.com.

Could you tell us a little bit about your background?

I learned chess in grade four. Our teacher taught us to play chess. I worked so hard to complete my work, to be able to compete with my teacher. My interest in chess was really peaked in 1972 at the Fischer – Spasky match in Iceland. I used to deliver newspapers the Star and the Globe and Mail as a teenager. It was so exiting for me to see this game in the newspaper. I taught my brother to play and we joined the Toronto chess club. We eagerly learned how to do pairings from Paul, the Tournament Director. I had a keen interest in how to run tournaments as well. I also became involved with the CFC as a governor. I’ve been a governor at the CFC for 30 years. I am on the board of directors of the OCA, and I am the communication director of the greater Toronto ’s chess league. I run three chess clubs, and I started the web-site for the GTCL. My professional background was in advertising. I worked for the Toronto Star and had my own advertising agency together with my family. We sold the company and I retired. I became involved in chess very actively in 1993. Through the late nineties I conducted weekend Swiss tournaments in Toronto and by the end of 2000 we also ran Toronto International tournaments. My wife and I opened up a chess club, and we opened a Chess’n Math store in Toronto. Vlad Dobrich now runs the club- it is called the BayView Club, and includes other games. I completed my application form for the International Arbiter, because I ran so many tournaments. It was expedited and I became officially an IA in 2004, just in time for the Canadian Closed Zonal.

My highest chess rating was 2100. I have a USCF rating. I played chess in many countries around the world. I played the World Open, the British open, and in Moscow as well. Having seen those events, I tried to improve the conditions of chess. I did not like when chess tournament did not start on time and finished late. I try to set an example as a tournament organizer. I first designed my own scoresheets and it had time columns. It is a perfect feature on that MonRoi scoresheets include time printed on the paper. I wish that MonRoi was available when I was playing chess actively.

What are some of the future plans?

I want to continue to excel in chess and continuing to grow the chess community. Enthusiasm is important. We need to celebrate the success of the tournament, and have a positive reinforcement, such as the closing ceremony. Barry has organized a banquet. It is good to see the attitude of players willing to participate and enjoy the social event with their peers. This ties right into our objective to make chess tournaments more fun, enjoyable events and not a quick game, rushing out, counting how much money you won.