MonRoi Inc is very thankful to Dr. Dirk De Ridder, Chairman of FIDE’s Technical Commission and the Organizing Committee of the Politiken Cup in Copenhagen, Denmark for assisting a chess player, who we encourage to continue his world travels and chess. We are posting this exchange, in order to aid the tournament organizers, should similar questions ever arise.

Thank you for your email.  The issue was reconsidered by the tournament committee yesterday evening and resolved in WF’s favor.  I appreciate your support. 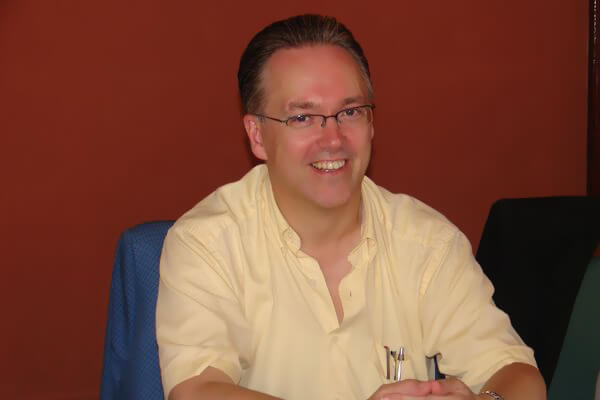 To the Chief Arbiter of the Politiken Cup

I have been asked by the mother of WF - who is now playing in the Politiken Cup - to comment on the issue of using the MonRoi PCM device.

Six years I personally checked the device during a category 10 tournament in Montreal (together with Campomanes). There is was carefully checked that no cheating was possible when the device is used to record a game. As such the MonRoi PCM was approved and certified during the 2005 FIDE Congress in Dresden. After this approval it was in Europe for official championships like the European Open Individual in Dresden and the European Club Cup in Fügen. No problem with respect to cheating or attempting to cheat ever occurred. In transmission mode the device can only output information.

In the current case I was informed that this young player is having dysgraphia: being a teacher myself (and from an educational point of view) I even allow the use of a laptop during a written exam. In the past I was informed that the device is also useful for people wearing (single-sight) glasses whereas they actually should already have double-sight glasses: with this device they are no longer forced to put of their glasses to write on a paper score sheet.

I therefore kindly ask you to reconsider your decision and allow this young player to use the MonRoi device.

Looking forward to a positive reaction, I remain,

From: SF
Sent: July 30, 2011 12:24 PM
To: US Chess; This email address is being protected from spambots. You need JavaScript enabled to view it.
Subject: An urgent question from the Politiken Cup re use of Monroi PCM

Sorry to bother you on a Saturday but I had a fairly urgent question re the use of the Monroi PCM during FIDE tournaments.  My son, WF, is in Denmark playing in the Politiken Cup and has been told by the tournament director, LG, that he is not permitted to use his Monroi PCM despite it being a FIDE-approved electronic scoresheet.  He used it today in the first round, but was told it would not be allowed in future rounds.  Though LG acknowledged the legality of the device under FIDE rules, he claimed that use of such a device is within the purview of the chief arbiter.  He said that since WF is the only person playing in the tournament using an electronic scoresheet, it would not be allowed.  This confused WF; he used the device in Biel as well, again being the only player to do so, and there was no issue raised.  I am concerned since WF has dysgraphia and thus is fairly dependent on its use.  I am also concerned that switching to hand notation might negatively impact his game in an unready-unfamiliar time control.  WF is more than happy to comply with an inspection of his device, which I understand is done in such circumstances, but feels it would not be fair to disallow its use.

Is there anything that can be done?

Thank you for your help.