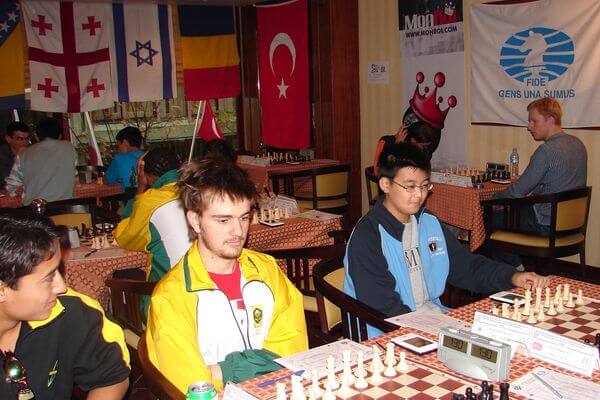 Mr. Ali Nihat Yazici, FIDE Chairman, Chess in Schools Committee, and MonRoi closed the MonRoi Technology Implementation agreement for the World Juniors and Girls Championship 2005, which will be held from November 8 to 21 in Istanbul, Turkey. Over 1000 players from around the world are expected at this tournament.

Mr. Yazici pioneered the Chess in School implementation program, approved by the Education Ministry, and is actively pursuing his goal to include chess in all schools worldwide, using the latest multimedia tools for promotion. His aim is to implement the MonRoi technology not only in tournaments, but as a training tool for teachers and students.

Mr. Ignatius Leong, FIDE General Secretary and Chairman of the ASEAN Chess Confederation, and MonRoi closed the MonRoi Technology Implementation agreement for the Asian Schools Chess Festival, which will be held from December 26 to December 31 in Singapore.

Mr. Leong is successful in training young chess talents in his ChessAcademy. He feels that MonRoi capabilities to review the games on devices outside of the chess area will be greatly appreciated by the parents of the young chess players.