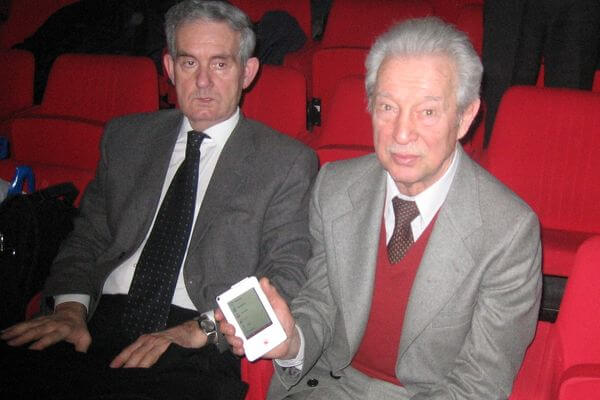 Svetozar Gligoric is a chess grandmaster from Belgrade,Serbia & Montenegro. During the 1950s and 1960s he was one of the strongest players in the world, and also among the world's most popular owing to his globe-trotting tournament schedule and a particularly engaging personality. Gligoric was a good student during his youth, with both academic and athletic successes that famously led to him being invited to represent his school at a birthday celebration for Prince Peter, later to become King Peter II. Despite his superb tournament record, it is perhaps as an openings theorist and commentator that Gligoric is recognized the most. As a commentator, Gligoric was able to take advantage of his fluency in a number of languages and his training as a journalist, to produce well-structured, exceptionally interesting game annotations.

The spectator area was jam-packed. Atanas Kizov, International Master entered the chess moves into the MonRoi’s Chess Manager. “It is faster to input moves electronically than using a pen and paper”, said Atanas. Spectators enjoyed watching the games in real-time projected on the large white board. The round 4 attracted the most attention. Svetozar Gligoric games commented by Boris Spassky followed. The organizers thanked to MonRoi for making possible live game exhibition. Games can be reviewed on the MonRoi’s World Databank of Chess. 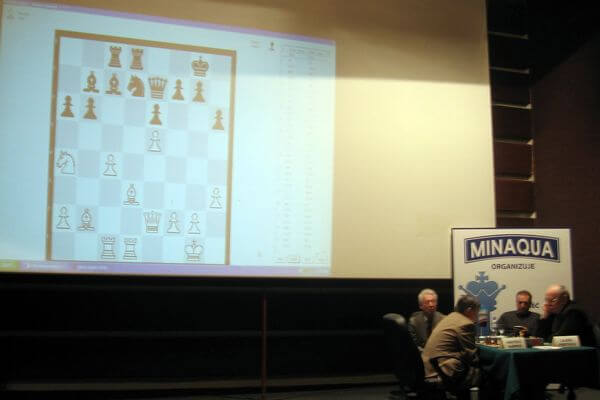 Anatoly Karpov is a living legend and former world chess champion. He dominated the world of the chess for over a decade (75-85). Karpov is the most successful tournament player of all times, and as of July 2005 he has 161 first-place finishes to his credit. Karpov is considered the best positional player in the chess history. He was born on in Zlatoust,Russia and learned to play chess at the age of 4. At age 12 he was accepted into Mikhail Botvinnik's prestigious chess school. Karpov’s peak ELO rating is 2780.

Boris Spassky is a Russian chess player and former world champion. He was born in Leningrad and learned to play chess at the age of five. Spassky is considered an all-rounder on the chess board, and his "universal style" was a distinct advantage in beating many top Grandmasters. Spassky's reign as a world champion lasted for three years, as he lost to Bobby Fischer of the United States in 1972 in the "Match of the Century".

Lajos Portisch is a Hungarian chess player, whose positional style earned him the nickname of the "Hungarian Botvinnik". Among his many successes, one could cite the tournament of Skopje/Ohrid in 1968, ahead of Geller and Polugaevsky and with a score of 14/19, Hastings 1971, Wijk aan Zee (ahead of Vassily Smyslov), Las Palmas and San Antonio in 1972 (tied with Karpov and Petrosian) and Wijk aan Zee 1975 (ahead of Hubner and Geller). He also led the Hungarian chess team to the gold in the 23rd Chess Olympiad held in Buenos Aires with a personal score of 10/14.